Discussion between Woonopstand and Rotterdam triangle in preparation 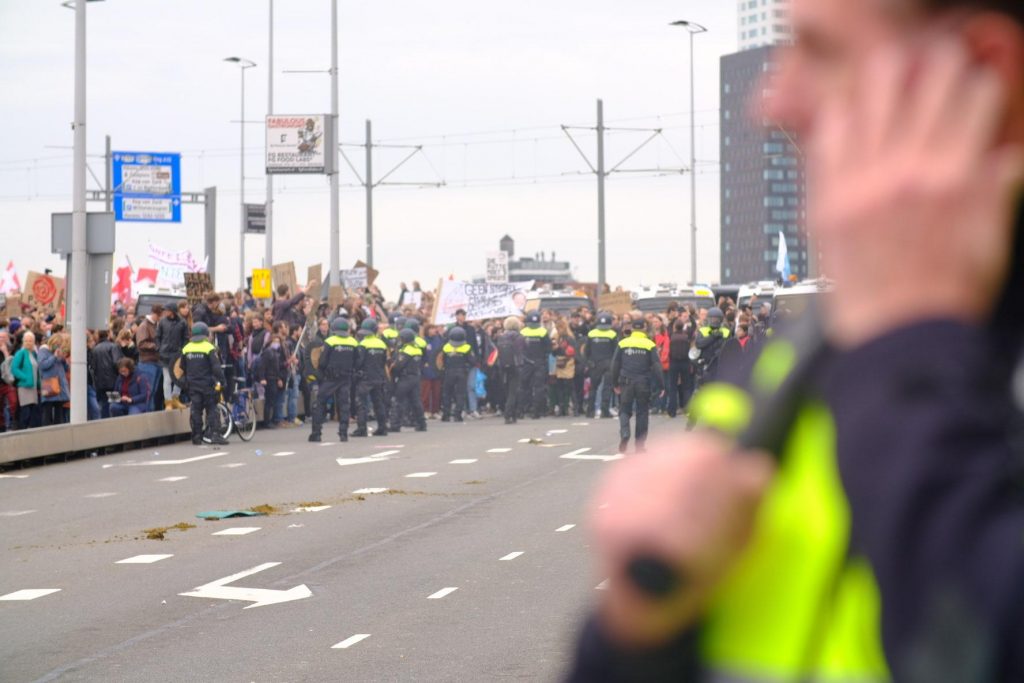 The organizers of the demonstration of October 17, 2021 are currently preparing a meeting with the Rotterdam triangle (the mayor, the chief of police and the officer of justition) for the reprehensible, discuss excessive and violent police action before and during the demonstration. We are delighted that Ombudsman Reinier van Zutphen has agreed to act as an independent moderator.

Several times we have been very critical of the attitude of Mayor Aboutaleb and the police after 17 October 2021. Nevertheless, we think it is important to start the conversation, based on the conviction that the mayor and the police must answer for their actions and because we hope Which the triangle will learn from what went wrong and adjust their guidance of demonstrations accordingly. We want the government to better protect and facilitate our freedom of demonstration in the future, instead of grossly restricting it.
Prior to the interview, we will review the drone images made by the police. We set this condition because the police published a selection of the drone images shortly after the demonstration, which gave a one-sided picture of what happened on that day. In addition to viewing the drone images, we will have a conversation with the General Commander who was in charge of the police on October 17.
Of course we will report on the conversation.
What preceded
On October 17, 2021, nearly ten thousand people gathered in Rotterdam to demonstrate for a better housing policy. Unfortunately, the absurd and reprehensible police crackdown on peaceful demonstrators cast a shadow over our protest. Independent investigation into state violence was rejected by mayor Aboutaleb and facts became twisted and shoved under the table by the police.
However, in November 2021, after a heated debate in the Rotterdam city council, the motion 'Evaluing in dialogue', in which the triangle was requested to enter into dialogue with the organization of Woonopstand. part of this motion was that both Woonopstand and the triangle give their 'opinion' on the police action. We did this in November 2021 by publishing a black book police brutality and a statement about the violation of the right to demonstrate, unnecessary and excessive police violence, and the profiling and criminalization of groups of fellow demonstrators.
Months later, in March 2022, the triangle published their 'evaluation' of policing. Because we – evenals Amnesty International – noticed that this accountability was seriously flawed, we decided not to enter into further dialogue. After again After a debate in the city council, in which several council members addressed Mayor Aboutaleb about the limited 'evaluation', we agreed to a meeting in May 2022.
The fact that the talks are only now being planned is also because in the past six months we first had to reach agreement with the triangle on the terms of the talk, such as previewing the drone images, and the compensation for (legal) support, so that we can enter into discussions on an equal footing as much as possible.
Housing revolt has continued since the demonstration developed into a national coalition in which all local housing demonstrations and (housing) action groups have united. We will continue to fight in solidarity for a fair housing policy and the right to demonstrate freely.
Contact details:
Gwen van Eijk and Abel Heijkamp, [email protected]